I’ve been struggling trying to catch back up with these two posts a day and I have hit a wall of sorts.  The only thing I can think of and can’t get out of my mind is Billy Joel and Glass Houses, one of his first big hit albums.  So, don’t go criticizing anyone when you can’t take the same criticism.  Now lets not worry about any thing negative… because you may be right, I may be CRAZY!

This is something I just heard about on Facebook (I must have snoozed through this part of the news).  The Iowa legislators have introduced the End of Life Options Act.  It would allow those patients that have been told they have 6 months or less to live the option to take a medication that would let them die peacefully.  There are currently nine states that have enacted similar legislation for those terminally ill.

Of course, there are arguments on both sides, but I feel once you hear you are terminal it is normal to get your affairs in order.  Why can’t that include deciding how long you suffer at the end of your life?  I have a friend who was asked to attend another friend’s end of life passing.  She was surrounded by family and friends who all loved her, and it was very peaceful she said.  Still some of her family refused to be there.  But it was ultimately her decision.

I know there are new discoveries every day in medicine.  But this is one medical decision I think should be allowed to be up to the patient.  What do you think? 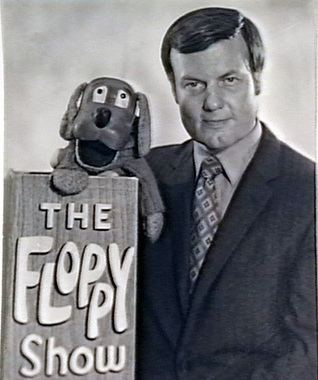 Back in the mid to late 80’s there was a game my then boyfriend and I had called Scruples.  It was a game with questions about moral dilemmas. It could be very eye opening and was a lot more fun if you had been relaxed with a drink or two before hand.  Looking at some of the questions online I call really tell the game is dated.  Questions like If your daughter was dating a man of color would you be against it?  If your company made a lot of long-distance calls would you make a personal call if you wouldn’t get caught?  If someone you know has AIDS and needed a place to stay would you invite them to your house?  Like I said they are very dated questions… nor a real politically correct game.  It was fun though and you could sure learn a lot about a person. Did any of you ever play it?

On an unrelated topic… sorry I am not putting many comments on your posts tonight.  I was in a car accident tonight and am not feeling great.  It is just nerves, and the shock or if, but I am not thinking real clearly tonight.  So, forgive me for not commenting much!  I am ok, but the car I think will be totaled.

I miss Saturday mornings.  Growing up in the 60’s and 70’s you could wake up Saturday morning and turn on the TV to 3 out of the 4 channels and watch cartoons most of the morning.  Looney Tunes were by far my favorites.  Marvin the Martian is probably my favorite character, he just barely beats out Bugs Bunny.  But there was another character that I still remember – Duck Dodgers in the 24th and 1/2 Century!  He was such a clueless character playing off of Porky Pig’s “straight man.”  But probably more than that I loved the short cartoons they ran between the main cartoons – School House Rock.  And I didn’t know that I was learning at the same time.  It was fun, it can’t be educational.  But it was and more than once I played those songs in my head during English class, history or science even.  What cartoon from your childhood do you miss?  Who was your favorite character?

I am not a member of a tribe, don’t know anyone that is part of a tribe so, how am I supposed to write about tribal?  I am just going to just put my fingers to the keyboard and try to bluff my way through this “essay question.”

Who do you think of when you hear tribal?  Being from the Midwest I think of Native Americans.  There is a tribal community about an hour’s drive away from here.  They do hold special events from time to time and they have a casino that they run.  My boyfriend and I went there in October and won a little but put some of it back into the economy.

I know there are tribes in Africa, Australia, South America as well as the Native American tribes that live in North America.

When I did a search for the definition, it said on one website, that tribal especially represents tribes in southern Asia.  I have never been there but that is about the last place I think of as tribal.  But they say you learn something new every day.

This subject just fell into my lap.  I was unsure what to write about and then this happened.  I am going to my daughter’s house for a little Superbowl get together.  I am meeting her future in-laws for the first time.  So, I really want everything to go well.  I am a bit nervous about it, but now I am pissed!

Last week on the 24th I called our local grocery store to order a vegetable tray and a fruit tray – a little healthy food beyond the junk food associated with the day.  I had a bad feeling so on the 31st I called to confirm my pick-up time for today.  They did not have the order!  I explained again what we wanted, and he said it would be ready at noon.

Today about 12:30 my boyfriend went to pick it up.  They didn’t have it!  He called to tell me this and I was livid!  He said he was getting a manager to speak to, and he would try to work it out.  So, I sat and stewed about it.  Until I saw him pull in the driveway and get the trays out of the back seat.  Instead of being under my last name it was under my first.  What a monumental F-up!  But it all worked out in the long runs or, as they say, all’s well that ends well!