Denise was in her car on Highway 30 when she heard sirens.  Looking in her review mirror she saw a police car coming up behind her.  She slowed, turned her radio down and started to get ready to pull over.  She knew what she had done.  You see her favorite song came on and she was lost in the music not paying attention like she should.  Denise had a propensity to speed.  And when she got lost in music, especially a fast song, she went faster.  It is just the way she was wired.

The officer wrote out her ticket for 65 mph in a 55 mph zone, he cut off the extra 4 mph she was really going, taking the ticket down a tier in dollar value.  She thanked the officer (he was just doing his job) and slowly went on her way.  She would have some explaining to do tonight at dinner when her husband asked how her day had been.

There is only one thing that comes to mind when I hear the word maniac. A few years back George Carlin did a bit on driving that was very funny. His take was the slow drivers were idiots and the fast ones were maniacs. Here is a little taste of that bit… wish I could have found the whole thing. He was a great comedic mind that I still miss. My mom would always say it would be fun to take a vacation in his head for a day. I’m not sure I could have lasted a day. Here it is…

My Dad came from Omaha, Nebraska.  And right up to the last trip he took there, he held on to a little bit of what he was raised on… the way the people drive there.  I remember my Mom always complained about it.  When I got old enough to pay attention to his driving instead of all the different businesses we didn’t have here, I noticed it to.  It was a race from one red light to the next.  There was no gradual increase in speed, it was stomp on it and GO!  Now when he drove here at home, he did a gradual take off from a stop and drove “normally.”  I guess he was not doing anything different than all the rest of the Omaha drivers did, he was just going with the flow and following their lead.

Jerry was sitting in a corner booth trying to get the bartender’s attention.   His glass was once again empty.  He had begun to indulge on whiskey and beer about 3 hours ago and was feeling no pain.  The bartender finally acknowledged him and approached.  “I am sorry sir, but I cannot serve you anymore.  Can I call you a cab?”

Jerry made a face at the bartender, “Well screw you!  I didn’t like this dump anyway” he said as he began to stand up too quickly and ended up on the floor.  The bartender once again asked. “Can I get you a cab to take you home?”

Jerry was climbing his way back up with help of the booth he had just been in.  “I don’t need a cab.  My car knows the way home automatically.”

The bartender just shook his head as he watched Jerry leave the bar and get into his car.  Under his breathe he said, “I am going to call him in, He is far too drunk to drive.”  He picked up his cell phone and dialed the local police non-emergency number.  He explained to the dispatcher how he offered a cab a couple of times, but he had refused.  “I just don’t want him to cause any damage to anyone else tonight.  He has been in here all afternoon.”

Jerry was making his way home, but these houses didn’t look like his neighborhood.  He left the side street and turned onto the highway towards the edge of town and towards a terrible tragedy.

Headed down the road

I have memories of you

In my review mirror

Ghosts from the past

I’m driving away from

A new beginning with peace

All I have to do 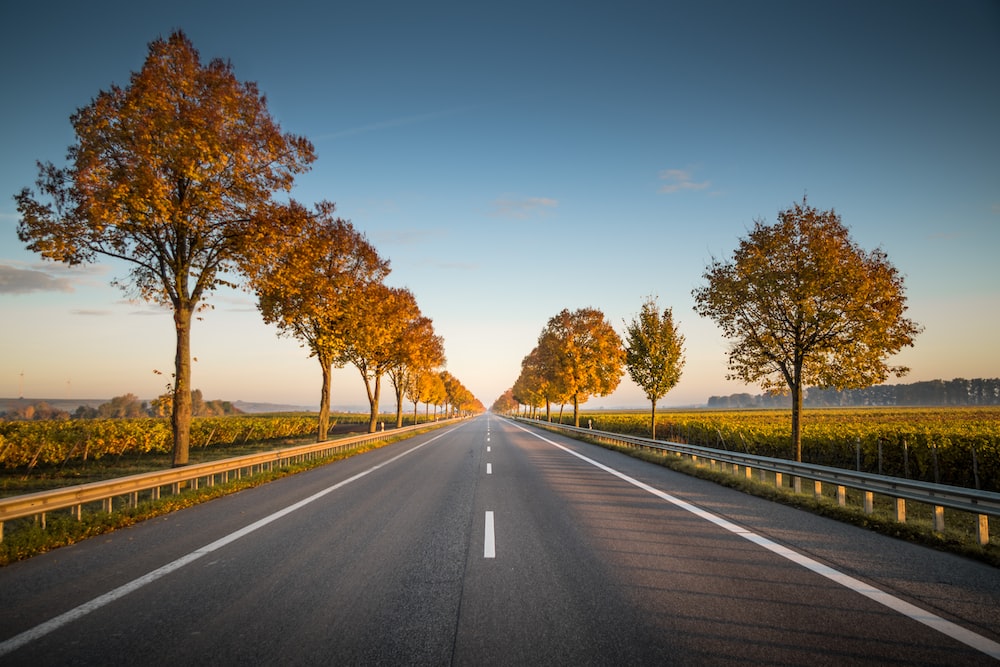 I was tired.  My days had been long and my nights way too short.  Driving down the road I was fighting fatigue brought on by the hypnotic view of the white lines on the road.  This was a trip I was dreading.  I had heard from a cousin that my grandma was in very poor health.  This may be my last time to see her and I was determined to make this trip even though I was sleep deprived.

I turned the radio up and began to whistle along with the song that was on.  Well, I say whistle, but the truth is I was only making noise – I’m not very good at whistling. But the music was helping me to stay awake.

My thoughts turned to the reason for this trip, my grandma.  She had been such a big part of my youth spending about half of my summer vacation with her and grandpa every year.  Grandpa had passed six years earlier and Grandma had gone down-hill ever since.  My family was actually surprised she had lasted so long after his death.  They had been together since their mid-teens and pretty much inseparable.  They worked together to build their own house from the basement up.  They owned their own business; he was the worker and she the bookkeeper.  There were not many hours that they were apart.

I passed a sign that told me it was only a mile to the next rest area.  I had to stop and get some caffeine to keep me awake.  I pulled into the parking space as my phone rang.  Putting the car into park I answered the call.  It was my cousin and my grandma had just passed away.  I guess she couldn’t wait any longer.  The trip would now be for a funeral instead of a visit.  I was hurting that I didn’t get to see her, but glad she was finally at peace.  As I walked to the rest area the tears began to form.

D is for Driving

I was a normal teenager… ok, there is no “normal” for a teenager, true.  But I was thrilled to take Drivers Ed to get my driver’s license; I even took the course through summer school so when October rolled around I would be ready.  It didn’t go quite as I planned.

All throughout Drivers Ed I drove a small economy car.  And I didn’t do any “practice” driving at home.  By the time I had completed the course I was pretty comfortable with that little car.  Then it was a 2 1/2 month wait until I could take my drivers test.  In Iowa at the time it was a lottery system as to which people would have to take a driving test and which wouldn’t.  I was a lucky one picked (because they picked October birthdays).  When it came time to practice I panicked – mom and dad had a station wagon.  It was like a boat, HUGE, going on forever behind me.  I couldn’t drive that beast.  So, somehow I talked my sister into taking her car – an Oldsmobile of some kind.

I passed my written test and got ready for the driving test… I failed it.  I forgot to signal on a road that took a sharp right (the only way to go, but still a “turn”) and my turns were too wide.  So I practiced a little bit with my sister’s car before she protested too much.  I did take the test again and passed.

But, then what?  It was back home to that land mass of a car that I couldn’t drive.  Then the tables turn.  Dad wanted to get a car that was not a family vehicle.  He got a Pontiac Firebird.  Suddenly I thought more about driving and finally wore him down and started driving… this was when I was a senior in high school; two years after I could have gotten my license.  I loved that car!

I was a late bloomer behind the wheel but I finally got comfortable driving.  Now in my battle with anxiety I have issues in heavy traffic and will not take the interstate at 70 mph, instead taking the highways at the slower 55 mph.  And I still won’t drive a big car!

His diving was erratic. She was speeding to try to catch up with him. He had been at the bar again and she was worried about him driving home. She saw him pass a car and rushed to meet up with him, but the oncoming car prevented her from passing so she suddenly veered to the right hitting the gravel shoulder and spinning into the car she tried to pass.

Still concerned she urged the young driver to take her information and let her continued to see that her husband made it home safely.

…I was that young driver and felt sympathy for this woman’s fears. Letting her go and follow her husband. Everyone told me it was the wrong thing to do, but it was too late to change that fact. I still wonder if the two of them got home safely.

The snow is falling fast and the winds continue to howl. You were supposed to be here over an hour ago. I check my phone; no messages, it’s still silent. I am frantic with worry as the visibility outside continues to dwindle. The news talks of accidents and abandoned vehicles.
Once more I go to the door, open it and look up and down the street for any sign of a car. The icy chill greets me as I hear what could be an engine. I hold my breath, waiting, until at last I see headlights and you returning home.