Vagrant… it brings to mind a certain image and that image is often times wrong.  I have now known two people who, through no fault of their own, ended up homeless, transient or vagrant.

A son kicked out by his parents was left to wander the streets in search of work and a low rent apartment.  It is not easy to find work when you have no address to call home.

Another person unable to work with health conditions.  He wanted to move and had to travel little by little to arrive at his destination.  Living in a tent city while on a housing wait list.

Both homeless, both great people that needed someone to take a chance on them.  I can say both of their stories have improved.  My first friend fell in love and has a wonderful family now.  My second friend just got the keys to his apartment.

I don’t know why there can’t be more low-income housing or better yet, higher paying jobs.  People needing to sleep on park benches and in boxes… using all their money for a waterproof tent… making sure to sleep lightly so as not to be the victim of violence.  There has to be an answer.  I know there are those that abuse the good of mankind and take advantage.  But there are so many who just need a chance.   Remember vagrants are people too.

Faces that look away from him

The ones that try to push him down

But he still looks

Looking for his chance

At a brighter future 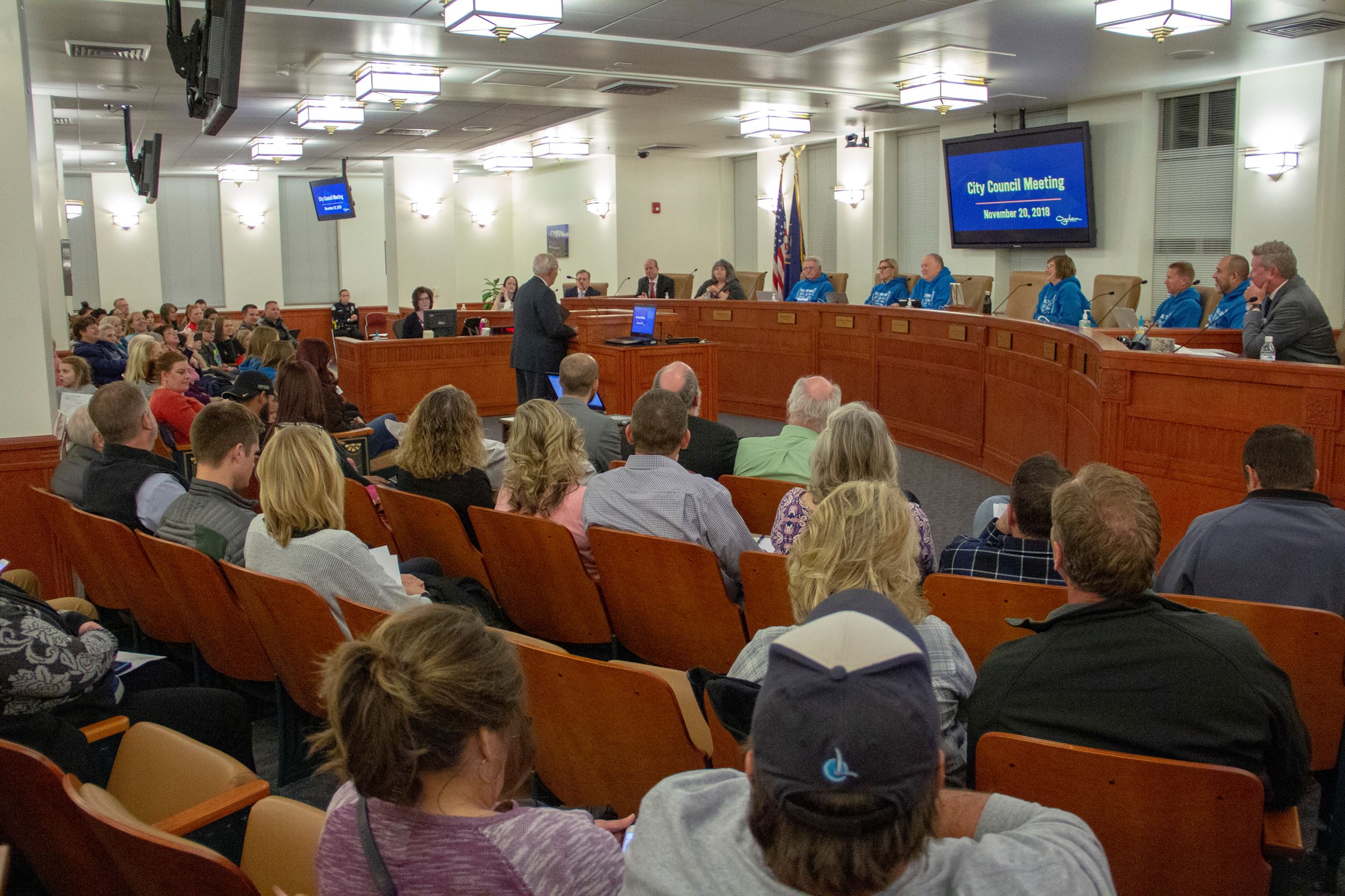 The meeting in city hall was packed.  There was a group there representing the people of town with little voice, the homeless.  The group was indignant towards the mayor’s treatment of the poor.  The mayor was pushing a new city ordinance that would ban the homeless.  If anyone was caught “camping” in town they would be either escorted out of town or put in jail for breaking the ordinance of no sleeping outside of your own backyard.  There were a couple of places the homeless usually slept under a couple of the city bridges.  They were quiet, they didn’t bother anyone and a couple held down minimum wage jobs.  The group that came to this open meeting at city hall and were very vocal in their distain of this proposed ordinance.

By the time the whole group had spoken the meeting, it was well past 10 pm and the council, to the dismay of the mayor, decided to take the idea off the table.  The group left feeling proud they had done something to help out the homeless.

I had kind of a light breakfast this morning, but at least I had something.  In the past I have struggled, and the local food bank kept us from starving.  I can’t thank them enough.  I know this time is hard for many who are out of work.  I had a friend who, a few years ago, was not only out of work but homeless too.  I couldn’t fathom how bad it was wondering from day to night where your next meal would come from.  I helped him out as best as I could from about 4 states away.  He relied heavily on the homeless shelter for a while.  Not a bad deal, doing chores around the shelter in exchange for dinner and the occasional sandwich at lunch.  Now with so many out of work the food banks need to be as fully stocked as possible.  Food is such a precious commodity that everyone should be able to get.  Take a minute and think about that when you fix dinner tonight.  For that reason I am grateful to have food to eat.

She was notorious for her paintings of poverty. She painted compassionately the families and children she saw sleeping in boxes, the adults left with nothing, and the forgotten elderly. She was so excited when she had her first showing because she could give the profits back to the community. The night of the art show a reporter asked her why she painted the homeless.

“A dear friend of mine became homeless. It is the way I can give back while honoring his memory” she explained. “He was the encouragement for me to pursue my art. I wouldn’t be here without him.”

The reporter asked what happened to him. She looked at him sadly and said, “He was jumped by two men for the twenty dollars he had just earned. He was so weak from lack of food he barely fought back.” She added, “He didn’t survive the attack.”

The reporter asked for his name. She smiled and said, “I always called him cowboy and that is why in each painting I paint a pair of cowboy boots somewhere so he is always with me.”

The following day the paper told of the turn-out at the art show and how much had been raised for the homeless shelter. There was no mention of her inspiration from cowboy. She shrugged it off and went back to painting a pair of cowboy boots on top of a full shopping cart.

As the snow falls

Is more than some have

And endangers those without

A blanket around them

To ward off the cold

So tonight as you pull

The blanket up to your chin

The baby laughed and cooed

The look of despair

And they had no home

Only a meager salary

To feed and clothe them

Worried where they would sleep

They all sat together

In the backseat of their car

As the winds howled outside

All you have this holiday

There are those that have far less