I wander through the house

The last remnants of you now gone

It is now mine, really mine

I know it always has been

But I felt you assumed ownership

From the first moment you came here

Now I can breathe the fresh air of hope

And change the things you did

That never were run by me

The pieces of my past

You so casually threw to the side

I now begin to find a balance

Between who I was and who I’ve become

Bringing this home to life

With fond memories and a bright future

The ramshackle house once white

Had become quite a sad little sight

It was weathered and worn

Beaten down and torn

It no longer brought people delight

They scanned the newspaper, hoping to find something.  They had been looking for an affordable house to move into for about a month.  Prices were so high, and the market was definitely in favor of sellers right now.  Hal turned the page and asked Melissa, “What about this, a modular home?”  He was pointing to an ad for modular homes that said, “A great alternative for the first home buyer.”

Melissa said, “I’m not sure what it is.”

“It is a pre-fabricated home in pieces the way I understand it.  I would have to call and get information for sure about it.  It does say it is a great alternative and there are not a lot of options out there right now.”

I have a lot of people that I admire but I will pick close to home.  My grandparents I admired a lot as I grew up.  I didn’t really comprehend what they had done in their lifetime until I was much older.  They were just teenagers when they married, 16 and 17 I believe.  They got an acre of land and bought a trailer to live in.  When grandpa got out of the service he began to dig.  Well, both of them did actually.  They dug an area up for a basement poured concrete for the foundation and began to build their own house.  They lived in the little trailer with their first born (my dad) and worked on the house.  When the basement was done, they moved from the trailer into the lower level of the house.  As my dad grew old enough to help, they did some beautiful stonework for both the fireplace downstairs and the main floor too.

As a kid grandpa used to get after me and my sister if we bumped into the walls or got toys too close to the woodwork.  They had shutter doors on both entryways into the living room.  Me and my sister liked to play with them too.  Grandpa did not like that either.  It wasn’t until much later that I realized this house was his masterpiece and he was just protecting his artwork.

To dig a basement, to build a house and do so with (eventually) three boys… took a lot of work and patience.  And this was while grandpa worked too.  Eventually grandpa started his own repair and handyman service; I remember he was almost always fixing screens and windows or going to install awnings.  And grandma was his accountant, bookkeeper, receptionist, assistant… she did a lot.

But through all that work they stayed happily married into sixty plus years.  When grandma eventually convinced grandpa to retire, his “job” became fishing and taking grandma on cruises.  They had a lot of fun.  I look back now and wish I hadn’t missed all those years seeing grandpa only as a disciplinarian instead of the craftsman he was.  I learned much earlier all the work grandma did to keep up with the business and care for the cooking and the cleaning.  Later in life they also took in my grandma’s mom and grandma cared for her too.  She was always on the go.

On top of everything else (if that wasn’t enough) they volunteered at their church a lot.  Mowing the grass every week, doing repairs and cleaning.  And weekly they would mow grandpa’s mom’s yard and do her grocery shopping too.

I have probably typed my longest post, and this only scratches the surface as to why I admire my dad’s parents.  They are greatly missed and still a part of my life, always in my heart.

I love to watch my daughter and her fiancé.  Twenty-year-old’s in love.  They have worked hard to get their new home put together the way they like it.  My daughter just posted pictures of the two of them with a Home Sweet Home plaque, the keys to their new house and pictures of the before and after work on the hardwood floors and the painting of the walls.  They both seem really happy and although they are not the kind of lovebirds that are constantly holding hands or cannot be apart for more than five minutes… they have a very mature love.  Now lets just hope this Coronavirus is all out of our systems by January when they are planning on getting married…. If her dress, we ordered back in March ever gets here.

On a completely different note.  I am sorry I got so behind.  You see… my daughter bought me a video game (Animal Crossing) and I am hooked.  Plus, I have spent the last three nights watching the peaceful protests deteriorate into riots and looting about 35 miles south of us.  There has got to be justice.  There has got to be CHANGE.  So, I have been destressing with Animal Crossing and playing with a friend and it is so easy to lose track of the time.  I just have not been on WordPress much the last few days.  But I am trying to catch up.  Slowly but surely, I will get it done.

Everyone out there stay safe… from the virus and the violence.  We need to come together and support one another right now.  Peace be with you!  (((HUGS)))

Back in 1920 a house was built.  Around 1962 a newly married couple moved into it.  Their family began to grow, and, in a few years, there were four people living there.  The kids grew up and moved away.  The circle of life touched the family, first with the mother dying and then the father.  If you haven’t guessed, this was my parents that bought the house.  Now that both my parents are gone my sister and I own the house.  She already has a house.  My boyfriend and I were renting an apartment.  My sister suggested I move back home and just give her money for her half of the house.  So, we have been working out the details and payments.  It feels good to be home again, but so empty without Mom and Dad here.  The house, now being 100 years old, needs lots of work and TLC.  It, however, is more than a house.  There are so many memories here.  I am truly grateful to be home. 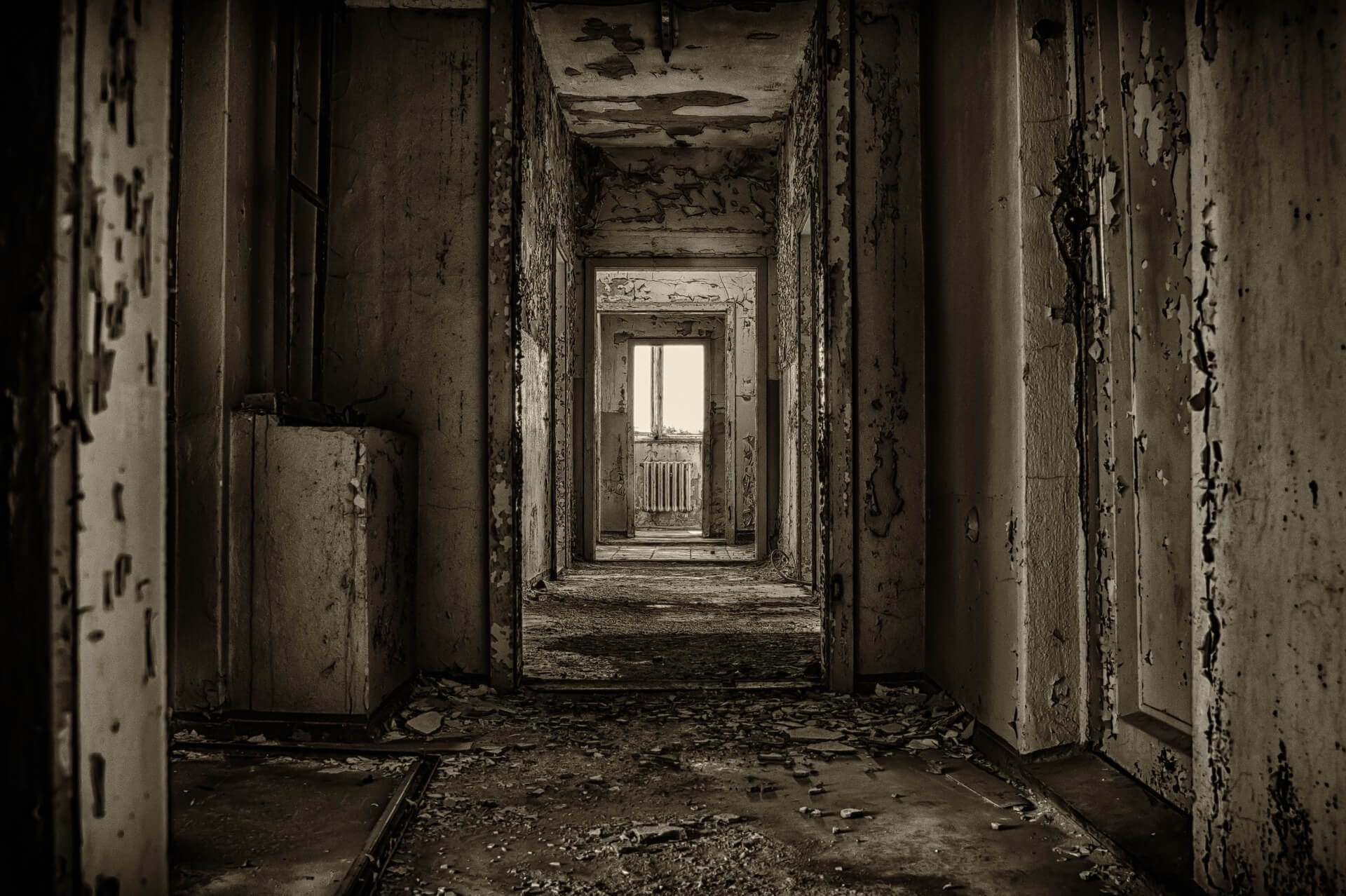 Shutters were just barely hanging on by the windows.  Ivy and weeds concealed almost half of the house.  Inside the house was covered in a layer of dust thick enough to write your name in.  The lackluster paint was peeling off the walls.  It looked like years of neglect had taken a toll on this house.  But even in this condition she could see so much more.  There was under all that dust a beautiful hard wood floor.  Paint can easily be replaced, and soap and water should do the rest.  It would take work, but this was now home,

And a roof over my head

I have a house

The touch of your hand

And the gentlest kiss

I am in heaven

And emptiness that never ends

I’m in hell on earth